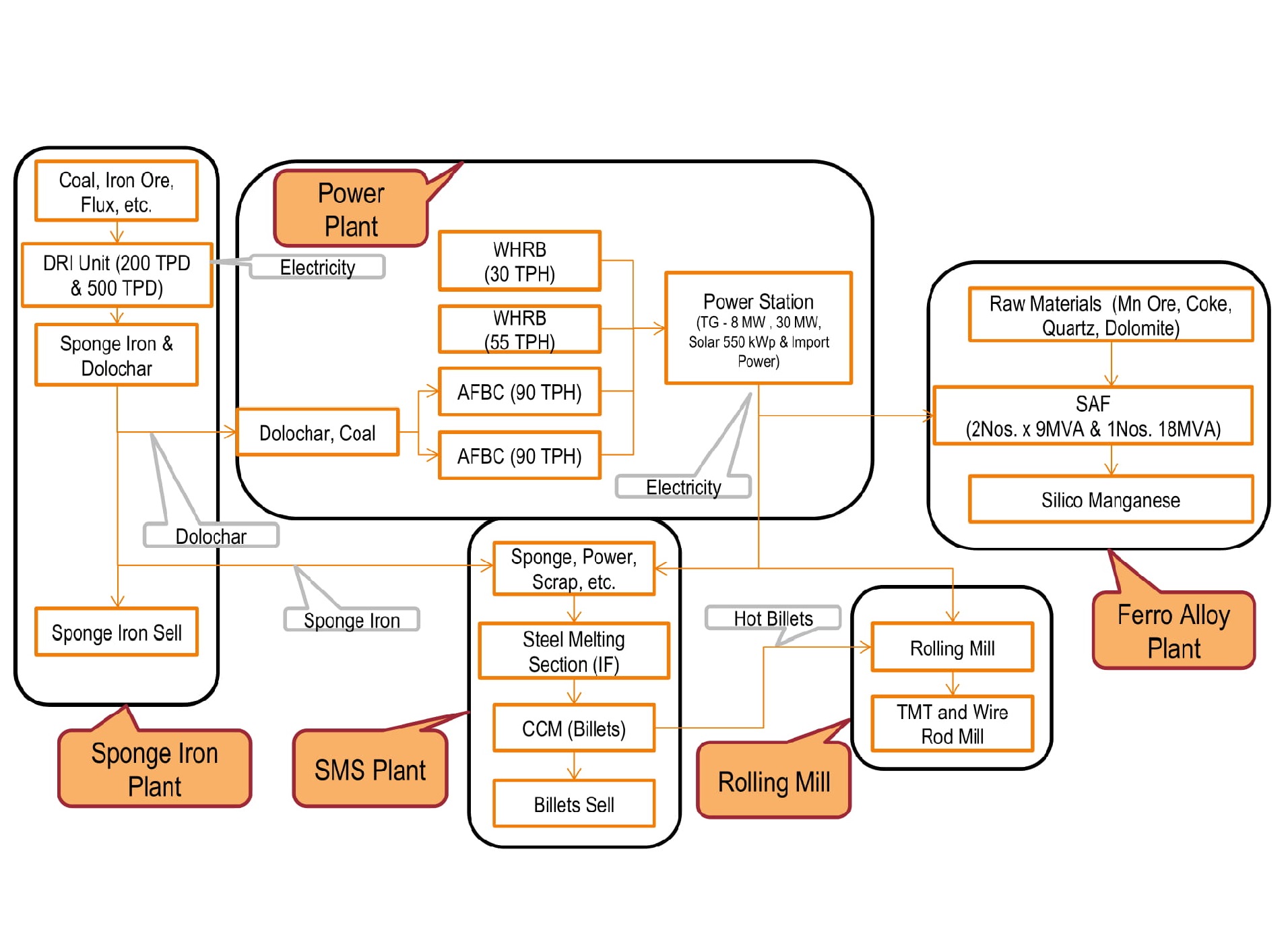 The entity has two Sponge Iron Kilns of capacity 500 TPD and 200 TPD at the downstream of which 55 TPH and 30 TPH Waste heat recovery boilers are installed respectively to generate 14 MW/Hr Electricity. These boilers use the waste heat from the exhaust flue gases of the sponge Iron kilns to evaporate the DM water circulating inside them to generate high-pressure super-heated steam.

The entity has two Atmospheric Fluidized Bed Combustion (AFBC) Type Boilers of 90 TPH each to generate the rest 24 MW/Hr of the Electricity. The major fuel for these boilers is Waste Dolochar generated from sponge Iron Kilns. They also use Rejected coal fines, Washery rejects, and Inferior coal to subordinate and evaporate the DM water circulating inside them to generate high-pressure superheated steam.

Steam with the same pressure and Temperature thus generated from all the boilers is connected to a common steam distribution header from which it is distributed to Turbines as per their capacity and requirement.

The Entity has two STG sets of capacity 8 MW and 30 MW per hour generating capacity.

Electricity produced at 11 KV voltage by the generator due to rotation of its rotor at constant speed but different torques are distributed to the captive consumption units like Ferro Alloys, Steel melting shop, Rolling Milling and Sponge Iron.

The entity is a designated power consumer and has grid connectivity at 132 KV voltage with 11 / 132 KV transformers for minimized disturbances. As the captive generation is not sufficient for all the units to perform at their rated capacities, the entity imports the balance of the power required for them from the State electricity board.

In case of any questions regarding our products, sales etc. Please reach out to us on following number or email.